Christmas is right around the corner and for those who are living in the northern hemisphere, winter is coming. Obviously, the thing everyone’s expecting during the winter season is the thick pile of snow. For people who are yet to experience snow, this weather phenomenon has been a part of their dreams since they were little kids. As for those who lived most of their lives with the four changing seasons, snow can be romantic at the same time annoying.

The amazing thing about snow are the unique designs naturally created by its flakes. Knowing this for the first time may leave you wondering as to how it is created. Ever since its discovery, snowflakes became the subjects for a lot of artwork and decorations. Take for example the arts painted on nails. Snowflake patterns, due to its uniqueness and variability, had given a lot of opportunities to nail artists to create astonishing nail masterpieces. Naturally, the snowflake designs are painted in white and the background polishes are of the darker shades. Sometimes, the flakes are sprinkled with glitters to emphasize the magic of its beauty.

To those who are planning to try nail art, if you guys want to be in during the holiday seasons, getting snowflake nail arts are the best choices for you. They are not just timely but also very pretty and dreamy.

Take a look at these 35 Winter Wonder Snowflake Nails and be amazed!

Image Credit: We Heart It 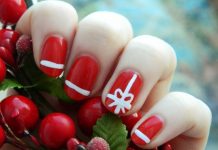 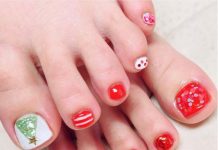 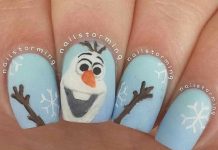